Have you ever heard a turbo spooling up on a car? It’s definitely a unique sound. turbo sound will vary depending on the make and model of the car.

Generally speaking, a turbo sound is loud and somewhat mechanical in nature. It can be quite pleasing to some people, while others might find it too loud or abrasive. At the very least, it’s definitely a unique and unmistakable noise!

A turbocharger is basically an exhaust gas-driven air pump that forces more air into the engine, resulting in increased power. The increased airflow allows the engine to burn more fuel, which results in more power.

How Can You Tell if The Turbocharger Working Properly on Your Car Engine?

Turbochargers are devices that force extra air into an engine to increase power. By compressing the air, turbochargers allow more oxygen to enter the engine, which creates a more powerful combustion. This results in increased power and torque. 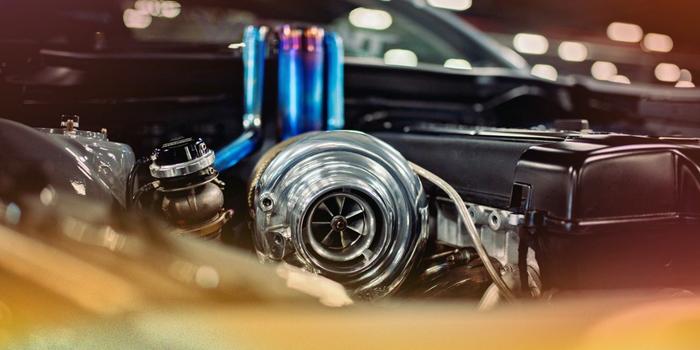 There are a few ways to tell if your turbocharger is working properly.

One way is to listen for a whistling sound coming from the engine bay. This is the sound of air being forced through the turbocharger.

Another way to tell is by feeling for increased power and torque when accelerating. If you notice an increase in performance, then your turbocharger is likely working properly.

If you think your turbocharger may not be working properly, the best thing to do is to take it to a mechanic or dealership for diagnosis. They will be able to tell you for sure if there is an issue and can help you fix it.

If you’re not sure what a turbo sounds like, think of a small jet engine. That’s because turbos use exhaust gases to spin a turbine, which in turn powers a compressor that forces air into the engine.

The more air an engine can take in, the more power it can produce. And that’s why turbos are so popular in performance cars.But turbo engines don’t just sound cool, they can also be more efficient than naturally aspirated engines, which is why you’re seeing them pop up in all sorts of vehicles these days.

In fact, turbocharged engines are becoming so popular that many automakers are ditching larger displacement engines in favor of smaller, turbocharged ones.

So, if you’re curious about what a turbocharged engine sounds like, take a listen to the video below. It’s a compilation of some of the best turbo sounds out there, from cars like the Audi R8, Porsche 911 Turbo, and even the Ford Focus RS. Trust us, it’ll get your heart racing.

What Are the Benefits of Having a Turbocharged Engine in Your Car?

Turbocharged engines are becoming increasingly popular in today’s cars and trucks. They offer several benefits over their non-turbocharged counterparts, including improved fuel economy and more power under the hood when you need it most.

This can lead to better fuel economy, as the engine is able to do more with less fuel.

This can be especially beneficial when you need extra power for passing or towing.

If you’re considering a new car or truck, be sure to check out the benefits of a turbocharged engine. You may find that it’s the right choice for you.

Are There Any Drawbacks to Having a Turbocharged Engine in Your Car?

Turbo lag can be frustrating for drivers who are used to un-boosted engines and are looking for the same immediate response from their turbocharged cars.

However, this is not necessarily a bad thing, as it simply means that drivers need to be aware of the potential for increased maintenance costs and plan accordingly.

Overall, turbocharged engines are a great option for drivers who want the best performance out of their cars without breaking the bank at the pump.

Some good options to consider if you’re looking for a car with a turbocharged engine include the Audi A3, Volkswagen Jetta, and Subaru WRX. These models all offer excellent performance and can be had for relatively affordable prices.

If you’re willing to spend a bit more, then you might also want to check out the BMW 3 Series or the Mercedes-Benz C-Class. These models offer even more performance and luxury features, but come with a higher price tag to match.

Ultimately, it comes down to what you’re looking for in a car and how much you’re willing to spend. But if you’re interested in turbocharged performance, then any of these models would make for an excellent choice.

Turbo sounds can vary greatly in pitch, tone and intensity. Some turbos sound like a high-pitched whistle, others make a deep roar. The type of turbo you have will affect how your car performs and sounds.

Turbocharging is the process of forcing more air into the engine to create more power. This increased airflow creates more heat, which is why turbos need an intercooler to cool the air before it enters the engine.

A wastegate regulates how much boost pressure is sent to the turbocharger. When too much pressure builds up, the wastegate opens to release some of the exhaust gas and reduce the boost pressure.