Have you ever been driving and all of a sudden your car starts sputtering and then eventually dies? If you have, then you know the feeling of dread that comes with it. You may have even wondered what caused it.

There are a few different things that could cause a backfire through the carburetor – some of them are pretty straightforward, and others are a little more complicated.

One, In particular, is incorrect carburetor adjustment, which is probably the most common cause of carburetor backfires. If the air/fuel mixture is too rich, it can cause the engine to run poorly and might even cause backfires through the carburetor.

As we mentioned earlier this isn’t the only reason why your car’s carburetor backfires. if you wish to find out about those reasons, make sure you go through our whole article.

How Does Your Car’s Carburetor Work?

A carburetor is a device that mixes air and fuel for internal combustion engines. It uses a simple mechanism to draw fresh air into the engine, where it is mixed with fuel before being burned.

The carburetor has been around for almost as long as the internal combustion engine itself. Early versions were very simple and consisted of little more than a chamber with a few holes in it. The air and fuel mixture was drawn into the chamber and then ignited, providing power to the engine.

As engines became more sophisticated, so did carburetors. Today’s carburetors are much more complex, but they still use the same basic principle of mixing air and fuel.

In a diaphragm-type carburetor, the diaphragm is used to control the amount of fuel that is drawn into the engine. This type of carburetor is more common in modern engines.

The carburetor is an essential part of any internal combustion engine. It is responsible for mixing the air and fuel that is necessary for the engine to run. Without a carburetor, an engine would not be able to function.

If you have any questions about your car’s carburetor, or if you think it may need to be serviced, contact a qualified mechanic. They will be able to diagnose any problems and make the necessary repairs.

Can a Bad Carburetor Cause Backfire?

A carburetor is responsible for mixing fuel and air in the right proportions and delivering them to the engine. If the carburetor is not working properly, it can cause a backfire.

Backfires can be caused by several things, but a faulty carburetor is one of the most common causes. If your carburetor is not delivering the correct mixture of fuel and air to the engine, it can cause a backfire.

If you think your carburetor may be to blame for your backfires, take it to a mechanic or tune-up specialist for a check-up. They will be able to tell you for sure if your carburetor is the cause of the problem.

What Are the Symptoms of Having a Bad Carburetor?

One of the most common issues with small engines is a dirty or faulty carburetor. Carburetors are responsible for mixing the air and fuel together before it enters the engine. Over time, they can become clogged with dirt and debris, which can cause a number of problems.

If you think you might have a bad carburetor, there are a few telltale signs to look out for. The most common symptom is a loss of power. If your engine is struggling to run or start, it could be due to a carburetor issue.

Another symptom is uneven or irregular engine performance. If your engine is running rough or stalling frequently, it’s likely due to a carburetor problem. If you’re experiencing any of these symptoms, it’s important to take action immediately.

A dirty or faulty carburetor can cause serious damage to your engine if left untreated. The good news is, that carburetors are relatively easy to clean and repair. With a little elbow grease, you can get your engine back up and running in no time.

If you think you have a bad carburetor, the best thing to do is take it to a qualified mechanic for service. They will be able to diagnose the problem and make the necessary repairs. In most cases, a simple carburetor cleaning will do the trick. However, if your carburetor is severely damaged, it may need to be replaced.

No matter what, it’s important to take action if you think you have a bad carburetor. Ignoring the problem will only make it worse and could eventually lead to engine failure. With a little bit of preventative maintenance, you can keep your engine running strong for years to come.

What Causes A Backfire Through The Carburetor?

When your engine backfires, it’s usually because of one of four reasons:

Let’s take a closer look at each of these four potential causes of engine backfires.

If the air/fuel mixture in your cylinders is too lean, it will cause your engine to backfire. The reason for this is that when the mixture is too lean, there’s not enough fuel to combust properly. This can be caused by a number of things, such as a dirty air filter or a vacuum leak.

If the timing of your spark plugs firing is off, it can also cause your engine to backfire. This is because the spark plugs are responsible for igniting the air/fuel mixture in the cylinders. If they’re firing at the wrong time, it can cause the mixture to ignite too early or too late, which can lead to backfires.

If there’s a problem with the way fuel is being delivered to your engine, it can also cause backfires. This could be due to a clogged fuel filter or a faulty fuel pump.

Finally, if there’s an exhaust leak somewhere in your system, it can also cause backfires. This is because the exhaust contains harmful gases that need to be expelled from the engine. If there’s a leak, those gases can escape and mix with the air/fuel mixture in the cylinders, which can lead to backfires.

If your engine is backfiring, it’s important to figure out what’s causing the problem so you can fix it. Otherwise, it could lead to further damage to your engine.

How To Fix A Backfire Through The Carburetor?

A backfire is often caused by an issue with the carburetor, such as a dirty or faulty air filter, or a problem with the fuel mixture. If your engine is backfiring, it’s important to take action quickly to avoid further damage. Here are some tips on how to fix a backfire through the carburetor:

Taking quick action to fix a backfire will help avoid further damage to your engine. Be sure to inspect all of the possible causes and take care of the problem as soon as possible.

How to Keep Your Carburetor Clean?

Your engine needs three things to run smoothly: clean air, clean fuel, and a clean carburetor. The carburetor is what mixes the air and fuel together before it goes into the engine. Over time, your carburetor can become clogged with dirt, dust, and other debris. This can lead to engine problems, such as misfires, stalling, and poor fuel economy. 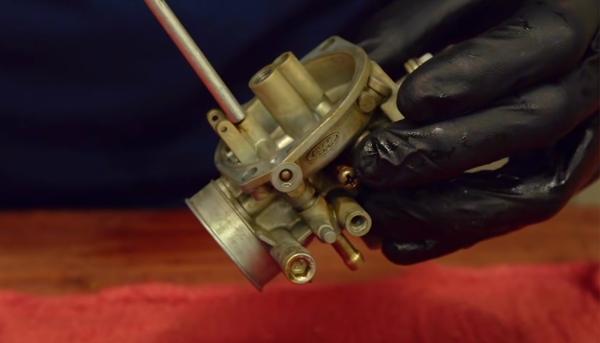 That’s why it’s important to keep your carburetor clean. A clean carburetor means a happy engine and a smooth running car. Luckily, cleaning a carburetor is not difficult. In fact, you can do it yourself with a few simple tools. Here’s what you’ll need to clean your carburetor:

Next, use the carburetor cleaner and the brush to clean any dirt or debris from the carburetor. Be sure to pay attention to the small crevices and passages, as these can easily become clogged.

Once you’ve removed the float bowl, empty any fuel that may be inside. Then, use the brush and carburetor cleaner to clean the bowl. Be sure to pay attention to the float and the needle valve, as these can become clogged with dirt and debris.

Once you’ve cleaned the float bowl, replace it and screw it back into place. Then, replace the air filter housing.

That’s all there is to it! By following these simple steps, you can easily clean your carburetor and keep your engine running smoothly.

Cars carburetors are an essential part of the engine that helps to convert fuel into energy. They can be affected by a variety of factors- from the type of fuel you use to how often you clean them.

If your carburetor is not working properly, it could cause all sorts of problems for your car- like backfires through the carburetor. Luckily, there are ways to troubleshoot these issues and fix them yourself! Keep this information in mind the next time you’re dealing with a bad carburetor.