Electric bikes, or e-bikes, are a type of bicycle with a motor that helps the rider pedal. They come in many different shapes and sizes, from electric folding bikes to electric mountain bikes.

A simple answer would be no, an electric bike is not a motor vehicle. A motor vehicle requires a driver’s license and registration, which an e-bike does not need.

E-bikes are considered by the law to be bicycles, as they are propelled by human power only (no assistance from a motor). This means that you don’t need insurance or a license to operate one, and they’re not subject to emissions testing.

However, there are some restrictions on where you can ride them – like on sidewalks and in bike lanes – so it’s important to know your local laws.

How Does An Electric Bike Work?

Electric bikes, also known as e-bikes or power-assisted bicycles, are becoming increasingly popular in recent years. It is a regular bicycle that is equipped with an electric motor to help assist the rider pedaling.

Electric bikes have become popular because they offer a great way to get around without having to deal with traffic or parking, and they are also much more environmentally friendly than traditional gasoline-powered vehicles.

They are considerably cheaper to operate than motor vehicles. They also have the potential to be much faster, and have a greater range.

However, electric bikes still have some disadvantages relative to motor vehicles. They can be more difficult to pedal over long distances, and they may not be able to keep up with traffic on busy roads.

Nonetheless, electric bikes offer a number of advantages that make them a compelling option for many people.

Is An Electric Bike A Motor Vehicle?

Electric bikes are becoming increasingly popular, but there is still some confusion about whether or not they are considered motor vehicles.

In most cases, electric bikes are classified as bicycles, so they fall under the same rules and regulations as regular bicycles.

However, there are some instances where an electric bike may be classified as a motor vehicle, depending on the power of the motor and the top speed that the bike can achieve.

Generally speaking, electric bikes with motors that are less than 750 watts and have a maximum speed of 20 mph are considered to be bicycles. Electric bikes with more powerful motors and higher speeds are more likely to be classified as motor vehicles.

In some states, there are specific laws governing electric bikes, so it’s always best to check with your local DMV or DOT to find out the specific rules and regulations in your area.

Even if an electric bike is classified as a bicycle, there are still some instances where it may be treated as a motor vehicle. For example, if you are caught riding an electric bike on the highway, you may be subject to the same penalties as if you were caught driving a car.

In addition, electric bikes are not allowed on sidewalks or in bike lanes in many cities and states.

Overall, whether or not an electric bike is considered a motor vehicle depends on a variety of factors. If you are unsure about the laws in your area, it’s always best to check with your local DMV or DOT.

Are Electric Bikes A Good Option For Commuting Around Town?

Electric bikes are a great option for commuting to work or running errands around town. They are environmentally friendly, efficient, and can help you save money on transportation costs.

If you are considering an electric bike for your commute, there are a few things to keep in mind.

If you’re looking for a green, efficient, and cost-effective way to get around town, an electric bike is a great option. Just be sure to do your research before you buy to make sure it’s the right choice for you.

What Are The Benefits Of Owning An Electric Bike?

Electric bikes have a lot of advantages over motor vehicles. They’re cheaper to operate and maintain, they don’t produce emissions, and they’re much more efficient in terms of energy use. 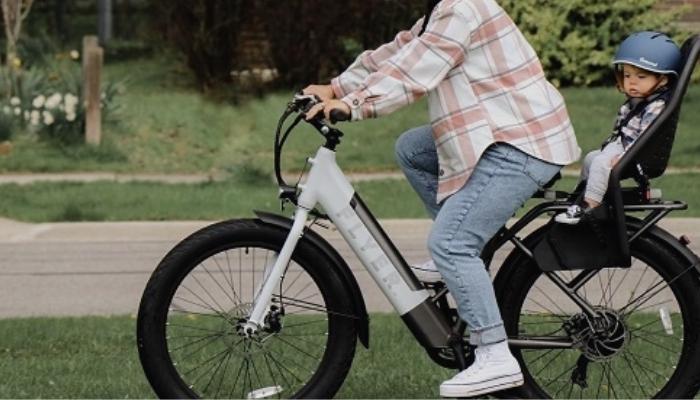 They also have the potential to be much safer than motor vehicles, since they don’t require the same level of driver training and skills.

In addition, electric bikes are much quieter than motor vehicles, so they’re less likely to disturb your neighbors.

Finally, electric bikes are much more flexible than motor vehicles in terms of where they can be used. You can ride them on trails, in parks, and even in urban areas without worrying about traffic congestion.

Is There Anything To Consider Before Buying An Electric Bike?

When it comes to electric bikes, there are a few things you’ll want to take into consideration before making your purchase.

First and foremost, you’ll need to check with your state’s laws and regulations regarding electric bicycles. Some states have very lenient laws, while others are much more strict.

You’ll also want to make sure you’re familiar with any insurance requirements, as some insurers will not cover damages caused by an electric bike.

Lastly, it’s always a good idea to test ride an electric bike before making your final decision – this will give you a chance to get a feel for how they handle and what features you may or may not want.

In the end, it can be said that while electric bikes share some similarities with motor vehicles, they are not considered as such under the law.

This is likely because electric bikes lack many of the characteristics that define a motor vehicle, such as the ability to travel at high speeds or carry large loads.

Instead, electric bikes are seen more as bicycles – albeit ones that are powered by an electric motor. As such, those who choose to ride them are subject to the same laws and regulations that govern regular cyclists on our roads and sidewalks.

If you’re thinking of purchasing an electric bike for yourself or a loved one, be sure to brush up on your local cycling laws before hitting the open road.