An electric bike can be a great investment. They’re fun to ride, good for the environment, and can help you save money on transportation costs. But how much does an electric bike cost?

To get a clear idea about its costs you have to consider a lot of factors that go into the cost of an electric bike, including the make and model of the bike, the size of the motor, the battery capacity, and the features included.

Generally, electric bikes cost more than traditional bikes, but they offer a lot of value in terms of convenience and health benefits.

For example, a mid-range electric bike might cost around $1,000. This bike would have a 250-watt motor with a battery that can last for up to 50 miles on a single charge. The bike would also include pedal assistance and a throttle for easy riding. However, an Higher-end electric bikes can cost up to $5,000 or more.

How Much Money Can You Save With An Electric Bike?

Here’s a look at how much money you can save:

Compared To A Car:

The average cost of owning and operating a car is $9,000 per year. This includes the cost of gas, insurance, maintenance, and depreciation.

If you live in a city with reliable and affordable public transportation, you may not think that an electric bike would save you much money.

However, even if you only use your electric bike for commuting, you can still save a significant amount of money compared to taking public transportation.

In contrast, the cost of charging your electric bike is only $20 per year. This means that you can save over $1,000 per year by using an electric bike instead of public transportation.

How Much Does An Electric Bike Cost?

Electric bikes, also known as e-bikes, are becoming increasingly popular. They offer many of the same benefits as traditional bicycles, but with the added bonus of electric motor assistance.

This can make biking much easier and more enjoyable, especially for those who are not used to pedaling a bike for long periods of time.

So, how much does an electric bike cost? The answer depends on a few factors, such as the type of bike, the features it offers, and where you purchase it.

The most basic electric bikes can be found for as little as $500. These bikes usually have a small motor that assists the rider when pedaling. They typically have a range of around 20 miles before needing to be recharged.

More advanced electric bikes can cost up to $5,000. These bikes often have larger motors and batteries, which gives them a longer range and more power. They may also include features such as suspension and disc brakes.

Where you purchase your electric bike will also affect the price. Bikes purchased from a bike shop will usually be more expensive than those bought online or from a department store. This is because bike shops typically have higher overhead costs.

So, how much does an electric bike cost? The answer depends on the type of bike, the features it offers, and where you purchase it. However, you can expect to pay anywhere from $500 to $5,000 for a quality electric bike.

What Are The Benefits Of Owning An Electric Bike?

In addition to the environmental and health benefits of riding an electric bike, there are also a number of other advantages to owning one.

Whether you’re riding to work or taking a leisurely spin around the neighborhood, an electric bike is sure to put a smile on your face.

How Does The Cost Of An Electric Bike Differs To A Regular Bicycle? 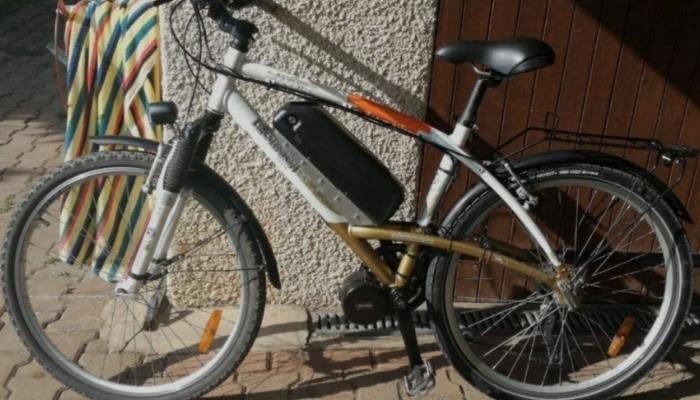 This can make them ideal for people who have difficulty cycling or who simply want to avoid getting too tired on their commute.

In addition, electric bikes can go much faster than regular bicycles, so you can get where you’re going more quickly.

Finally, electric bikes don’t produce any emissions, so they’re better for the environment than regular bikes.

Are There Any Government Subsidies Available For Purchasing An Electric Bike?

The short answer is that it depends on your country and/or state of residence. In the United States, for example, there are federal and state tax credits available for electric bikes.

In other countries, such as the Netherlands, electric bikes may be eligible for subsidies from the government.

To find out if you are eligible for any subsidies or tax breaks when purchasing an electric bike, it is best to speak with your local government representatives.

They will be able to tell you what, if any, subsidies or tax breaks are available in your area.

Electric bikes are becoming more and more popular, as people are looking for a way to reduce their carbon footprint and save money on transportation costs.

We hope those informations would help you make the best decision for your needs.