Toyota prides itself on making some of the most reliable and long-lasting vehicles on the market, and the Rav4 is no exception. With proper care and maintenance, your Toyota Rav4 can easily last for over a decade.  But just how long can a Toyota Rav4 really last? We did some digging to find out.

On average, most Toyota Rav4s will last between 150,000 and 200,000 miles before needing major repairs or replacement parts. However, there are always outliers. We’ve heard of people getting well over 300,000 miles out of their Toyota Rav4s without any serious issues.

Part of the reason why Toyota Rav4s are so durable is that they’re built with high-quality materials. Toyota also has a reputation for using cutting-edge technology in their vehicles, which often results in fewer repairs and maintenance issues down the road.

Is The Rav4 A Reliable Vehicle?

The Toyota RAV4 is a compact crossover SUV that has been in production since 1994. The RAV4 was one of the first modern SUVs and helped start the boom in that market segment. The RAV4 is now in its fourth generation, and it continues to be a popular choice for those looking for a small SUV. 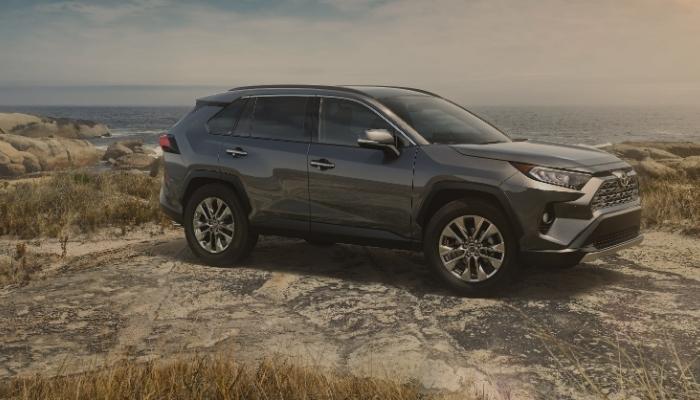 Toyota has a reputation for making reliable cars, and the RAV4 has generally been a reliable SUV. There have been some issues with previous generations of the RAV4, but those have mostly been addressed in the current generation. Overall, the RAV4 is a reliable SUV that should provide its owners with many years of trouble-free driving.

Does Toyota Rav4 Have A Lot Of Problems?

No, the Toyota Rav4 does not have a lot of problems. In fact, it’s one of the most reliable SUVs on the market. However, like any vehicle, it can have some issues. The most common problems with the Rav4 are related to its transmission, fuel system, and electrical system.

The Toyota Rav4 is a reliable SUV, but it’s not perfect. Like any vehicle, it can have some problems. The most common problems with the Rav4 are related to its transmission, fuel system, and electrical system.

If you’re considering buying a Rav4, or if you already own one, it’s important to be aware of these potential issues. That way, you can spot them early and get them fixed before they become serious problems.

The most common problem with the Rav4’s transmission is that it can slip out of gear. This usually happens when the vehicle is cold, and it can be very dangerous. If your Rav4 is experiencing this problem, it’s important to take it to a mechanic as soon as possible.

Another common issue with the Rav4 is that its fuel system can be very finicky. The fuel pump may fail, and the fuel gauge may give inaccurate readings. These problems can be very frustrating, but they’re usually not serious.

The Rav4’s electrical system can also cause some problems. The most common issue is that the vehicle’s computer may fail. This can cause all sorts of problems, from the engine stalling to the lights not working properly. If your Rav4 is having electrical problems, it’s important to take it to a mechanic as soon as possible.

While the Toyota Rav4 is a reliable SUV, it’s not perfect. Like any vehicle, it can have some problems. The most common problems with the Rav4 are related to its transmission, fuel system, and electrical system.

If you’re considering buying a Rav4, or if you already own one, it’s important to be aware of these potential issues. That way, you can spot them early and get them fixed before they become serious problems.

What Year Of Toyota Rav4 Is Best?

The vehicle was designed for consumers wanting a vehicle that had most of the benefits of SUVs, such as increased cargo room, but without the fuel economy penalties and premium pricing of larger SUVs.

The RAV4 was one of the first modern crossover utility vehicles and was released at a time when several other manufacturers were exploring the SUV market. The second-generation RAV4 was launched in 2000. It had an independent suspension for a smoother ride and increased space inside the vehicle.

Fifth-generation RAV4 was unveiled in 2018 at the New York International Auto Show. It features an all-new design with a longer wheelbase and a wider stance.

How Long Do Toyota Rav4 Last?

Toyota Rav4 is a compact SUV that has been in production since 1994. It is one of the most popular SUVs on the market and has been praised for its reliability, fuel efficiency, and spacious interior. Many drivers wonder how long their Toyota Rav4 will last.

On average, a Toyota Rav4 will last for about 200,000 miles. However, this varies depending on how well the vehicle is maintained and how it is driven. With proper maintenance and care, a Toyota Rav4 can last even longer.

To keep your Toyota Rav4 running for as long as possible, be sure to follow the recommended maintenance schedule. This includes oil changes, tire rotations, and other routine maintenance. Additionally, avoid driving too fast, accelerating too quickly, or otherwise putting unnecessary strain on the engine.

With proper care, your Toyota Rav4 can last for many years and provide you with tens of thousands of miles of trouble-free driving.

How Maintain The Toyota Rav4?

The Toyota Rav4 is a very reliable vehicle, but like any car it needs proper maintenance to stay in good condition. Here are some tips on how to keep your Rav4 running smoothly:

By following these tips, you can help keep your Toyota Rav4 running smoothly for many years to come.

Toyota Rav4 Maintenance- Is It Expensive?

The cost of maintaining a Toyota Rav4 will depend on various factors. These include the frequency of servicing, the type of service required, and the location of the vehicle.

On average, a full service for a Toyota Rav4 will cost between $200 and $250. This will cover all the basic requirements such as an oil change, filter change and a general check-up of the vehicle.

If you require any additional services such as a brake check or tire rotation, then the cost will increase accordingly. It is always best to check with your local Toyota dealer for specific pricing on servicing and maintenance.

In terms of location, it is often cheaper to have your Toyota Rav4 serviced at a dealership in a major city than it is to use a rural garage. This is because dealerships have economies of scale and can often offer better deals on servicing costs.

Finally, the frequency of servicing will also impact the overall cost. If you only require a full service every 12 months or so, then the cost will be lower than if you need servicing on a more regular basis.

Overall, the cost of maintaining a Toyota Rav4 is not excessive and will vary depending on a number of factors. If you keep on top of the required servicing, then you should find that the vehicle runs smoothly and without any issues.

Your Toyota Rav4 is a reliable and tough SUV that can take you where you need to go, no matter the terrain. But like all vehicles, it needs regular maintenance and servicing to keep it running in top condition. Depending on how often you use your Rav4, you may need to service it more or less frequently. Here’s a general guide to how often your Toyota Rav4 will need servicing.

If you use your Rav4 for mostly city driving, you should have it serviced every 5,000 miles or 6 months, whichever comes first. This includes an oil change, checking and refilling all fluids, inspecting the brakes and tires, and more.

If you do a lot of highway driving, you can stretch your service interval to 7,500 miles or 9 months, whichever comes first. Again, this includes an oil change and all the other regular maintenance items.

If you frequently take your Rav4 off-road or use it for towing, you’ll need to have it serviced more often, at 3,000 miles or 3 months, whichever comes first. This is to account for the extra wear and tear on the vehicle.

Of course, these are just general guidelines. You should always consult your owner’s manual for specific servicing requirements for your Toyota Rav4 model. And if you have any questions, you can always ask your trusted Toyota service advisor.

Following these servicing intervals will help keep your Toyota Rav4 running smoothly and reliably for many years to come.

The Toyota RAV4 is a reliable car that has been around for many years. It is important to maintain the vehicle in order to keep it running smoothly. Some people may think that servicing the RAV4 is expensive, but it is actually not as bad as one might think.

The car only needs to be serviced every 6 months or 5,000 miles, whichever comes first. By following the recommended schedule of service, the RAV4 should last for many years without any major problems.